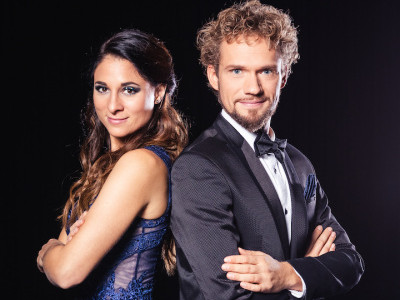 Thommy Ten and Amelie Van Tass(The Clairvoyants) were born and raised in Austria and now reside both there and in America. When they met in 2011, they began to develop their “second sight” act, and two months later brought it to the stage for the first time. In 2014, they received their first long-term contract in America when they performed in the showThe Illusionarium by Jeff Hobson.They were subsequently offered a featured spot inThe Illusionists, the largest touring magic show in the world, produced by Simon Painter.WithThe Illusionists they toured Australia, Mexico and the Middle East and since that time have also appeared inThe Illusionists 2.0,The Illusionists —Live From Broadway and The Illusionists —Turn of the Century on Broadway. In 2016, they were Finalists on “America’s Got Talent”, chosen from more than 100,000 contestants. Van Tass and Ten were awarded the “German Champions of Mentalism”, “Magicians of the Year”, 2015 and, were enthusiastically chosen as the “World Champions of Mentalism, 2015”, a prize that hadn’t been awarded in 30 years. They are currently touring America and Europe with continued sold out shows and standing ovations.