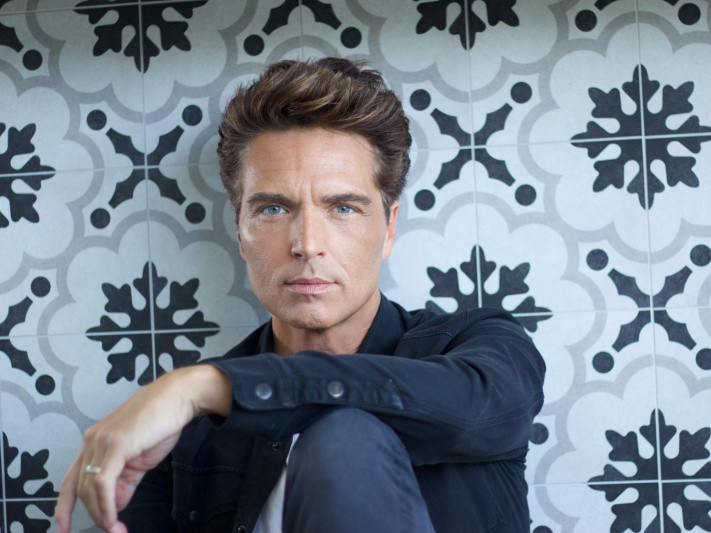 Richard Marx has sold more than 30 million albums worldwide, starting with his self-titled debut which went to No. 8 on the Billboard Top 200 chart. The album spawned four Top 5 singles, including “Hold on to the Nights” and “Don’t Mean Nothing,” which earned him a Grammy nomination for Best Male Rock Vocal Performance. His follow-up, 1989’s Repeat Offender, was even more successful, hitting No. 1 and going quadruple-platinum with two No. 1 singles, “Satisfied” and “Right Here Waiting.” He has since made history as the only male artist whose first seven singles reached the Top 5 on the Billboard charts.

Richard has also written on a No. 1 single in each of the last four decades, an accolade previously only reached by Michael Jackson. He has written with and for numerous artists, including Barbra Streisand, Keith Urban, Kenny Rogers, Celine Dion, Chicago, Natalie Cole, Kenny Loggins, Vince Gill, Daughtry, The Tubes, Martina McBride, Lifehouse, NSYNC, Michael Bolton, Vixen, and Josh Groban, He also went on to earn a 2004 Song of the Year Grammy for co-authoring Luther Vandross’ “Dance with My Father.” Overall, he has scored 14 No. 1 singles both as a performer and as a songwriter/producer, revealing him a true multi- talented performer who continues to challenge himself and his fans.

In addition to being a musician, Richard is a committed philanthropist, supporting charitable causes like the American Cancer Society and the Ronald McDonald House Charities, Mercy For Animals, ASPCA, Humane Society, St. Jude Children’s Research Hospital, and the charity closest to Richard’s heart, the Cystic Fibrosis Foundation, for which his produced events have raised over $4 million for research. The musician has toured extensively for the past three decades, building a strong fanbase all over the world that only continues to grow. The legacy of his career as a songwriter, singer and musician and now author is now well established and Richard is happy to continue on his trajectory, wherever it takes him.